Because of the pandemic, we are currently not operating tours until further notice. 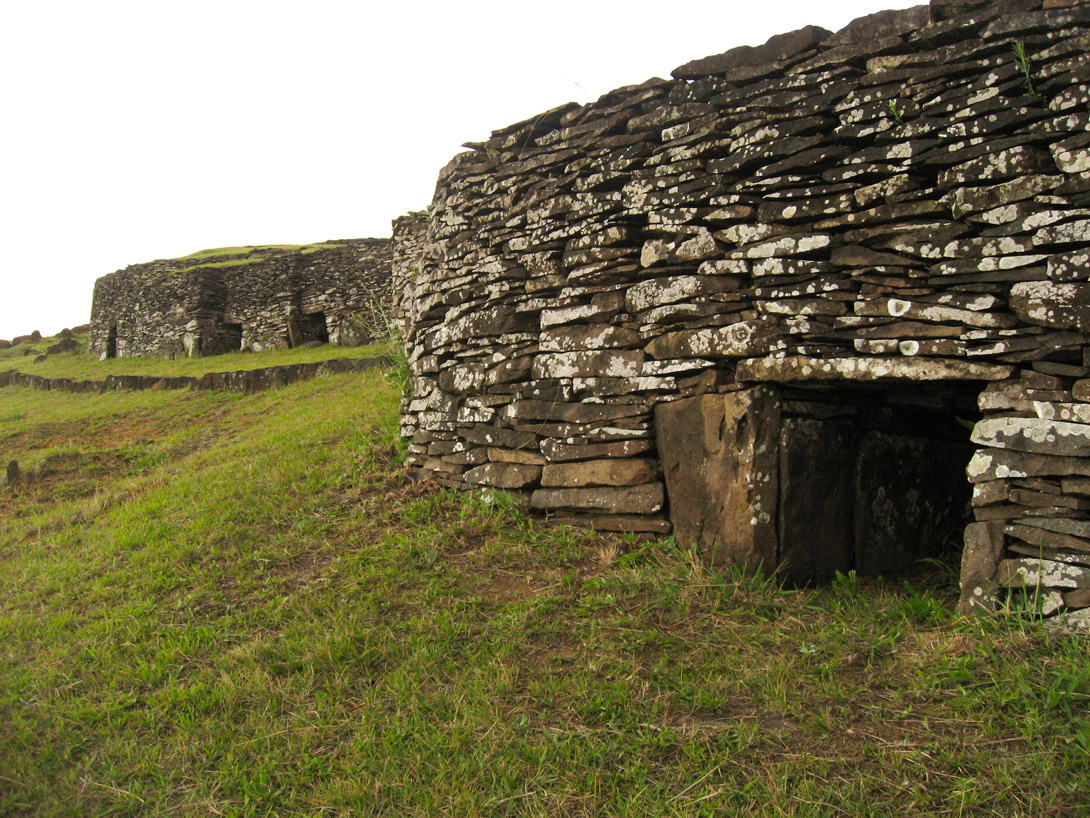 Stone houses at Orongo where families lived during the birdman competition ceremony to support their tribe representative. 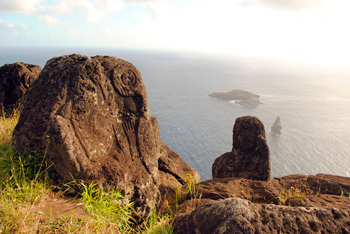 Orongo (or 'Oroŋo in Rapa Nui writing) is the ceremonial village used by the Rapa Nui people during the birdman era. It's located on the brink of the volcano Rano Kau, looking out towards the sea. Houses are not the common hare vaka ("boat houses"), but are made entirely out of stone - more specifically one called kehu by the Rapa Nui people; a flat, solid stone (as opposed to the common volcanic, light stone filled with small pockets of air). Being of this material makes the houses survive the strong winds at the top of the volcano.

Over centuries the houses had, to varying extents, fallen apart. In 1974 and 1976, all houses were restored by a team led by American archaeologist William Mulloy.

The anual "birdman" competitions took place here in which a representative from each of the tribes fought. Competitors would climb more than 200 m down the cliff wall, swim out to the islet called Motu Nui, retrieve a newly put egg from the manutara bird, swim back and climb up the cliff again. The first competitor to return with an intact egg was declared winner and would earn the priviledges of the king during 12 months. He was also offered to choose for a wife one of the virgin girls from Ana O Keke ("Virgin Cave") where the girls had been trapped to obtain a white skin, which was considered a sign of beauty.

Visit Orongo by booking one of our travel packages with private tours included.