Vinapu (Vinapū in Rapa Nui language) is a coastal area in the south-west part of Rapa Nui. It has two ahu platforms - Ahu Vinapu and Ahu Tahira - both with late period moai statues and topknots. Ahu Tahira is of highest importance to the island for its rock wall engineering being unmatched in precision at Rapa Nui. 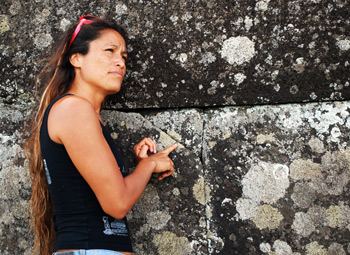 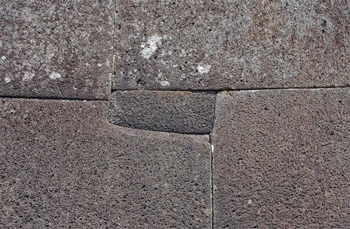 Ahu Tahira is by far the most perfectly fit ahu rock wall of Rapa Nui. The flawless fittings of Ahu Tahira are made with a different engineering philosophy than virtually all other ahus: the stone blocks were constructed and polished for a perfect fit, as opposed to randomly trying to fit naturally shaped rocks. The back wall is still in perfect condition, except for the center portion that got in the way for American archaeologist William Thompson's destructive curiosity in 1886.

The high level of rock wall carving that Ahu Tahira shows doesn't really belong in Rapa Nui as well as the rest of Polynesia. This makes many draw conclusions on contact with a different civilization. The most probable option would be the Inca Empire, which co-existed with Rapa Nui high culture (16th century), and the Incas are well-known for being the masters of rock wall building.

There are legends about a second wave of settlers reaching Easter Island. To distinguish the two peoples, the first people was called Hanau Momoko and the second people Hanau 'E'epe. William Thompson collected a rumor in 1886 saying that Vinapu was the home of the Hanau 'E'epe, which would mean that Ahu Vinapu and Ahu Tahira would be built by them. The Hanau 'E'epe were only men, so as they would marry into other tribes they would leave their original territory of Vinapu. Read more about the arrival and extermination of the Hanau 'E'epe in the legends section.

Visit Vinapu by booking one of our travel packages with private tours included, or our full day private tour Birdman.