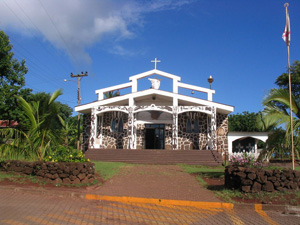 The catholic church of Easter Island is avidly visited by curious tourists - believers and non-believers alike. Christian and Rapa Nui art is mixed here in a truly unique manner.

Service is held at 09:00 and 11:00 every Sunday, though the earlier hour at 09:00 is more busy. Visitors may enter the church at any time during the day. The main entrance is often open, but in case it's not, there's a door on the left side of the church that is always open.

The catholic church is located at the top of street Te Pito O Te Henua, which is the street that crosses the lower parts of main street Atamu Tekena. Te Pito O Te Henua ends in the central harbor where the diving centers are.

Many of the songs are in Tahitian. If you hear the letter F you'll know that it's a Tahitian song, since this letter is not part of the Rapa Nui alphabet. When missionaries taught Rapa Nui people about christianity in the 1860's (the first missionary being Eugenio Eyraud) they used Tahitian bibles, since Tahitian is closely related to Rapa Nui. This influenced the Rapa Nui language to eventually adopt many Tahitian words. 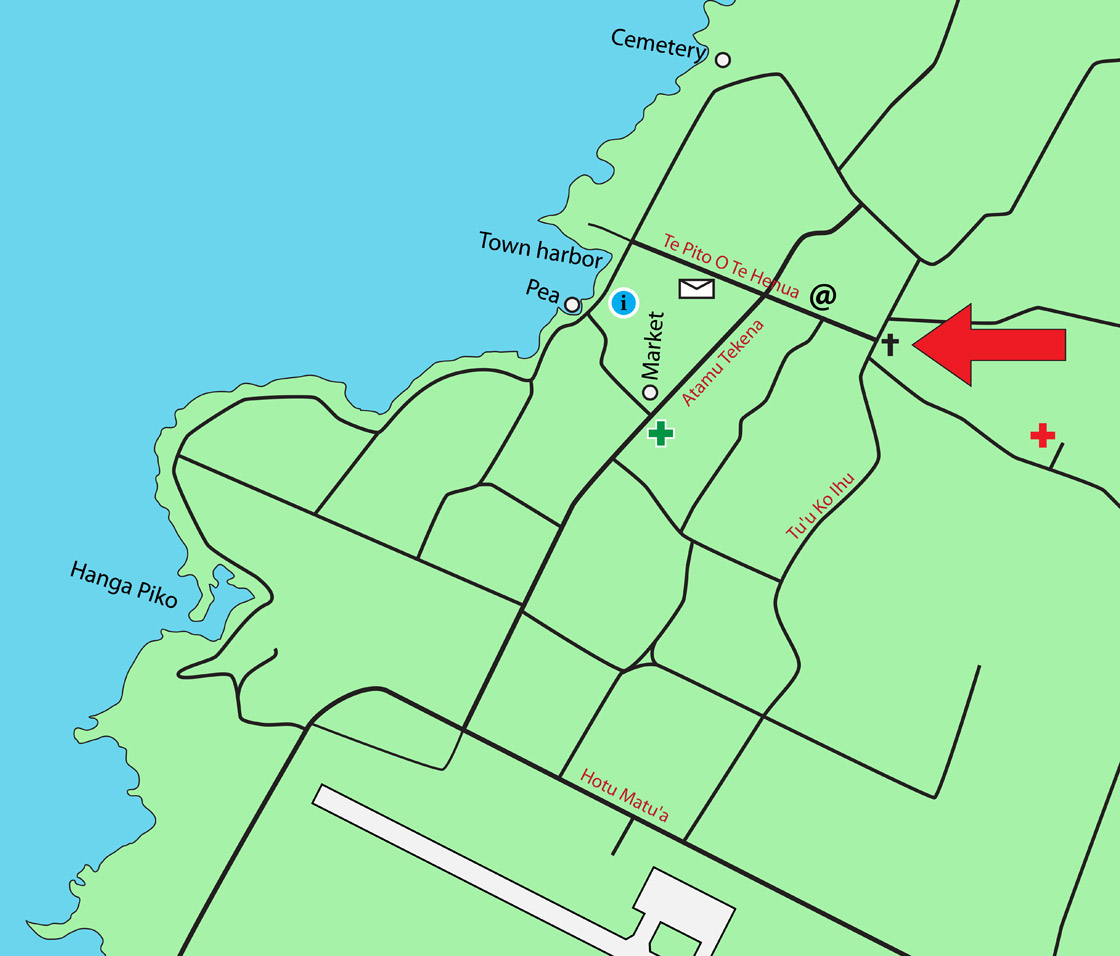 The catholic church is at the top of street Te Pito O Te Henua, leading up from the central harbor.